Posted on September 18, 2010 by tasukihoneybunny 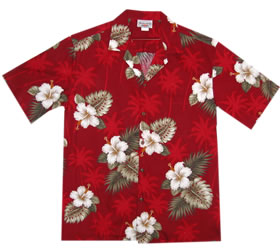 I thought these were called Hawaiian shirts. One day a co worker was wearing one of these shirts, I made the comment that he had a nice Hawaiian shirt. He replied back “It’s called a male Muumuu.” I first I thought he was joking with me but he was not. Because every time he wears one, he says ”Like my Male Muumuu?” Each time he says “Male Muumuu”, I think of my grandma who used to wear Muu Muus some of time when she doing things around the house.

I did a quick google search for “Male Muumuu” and came up with some weird stuff. Here is the link to the google search. Then I went to Wikipedia, the house of knowledge, to see what they say a muumuu is. They say that:

“The muumuu or muʻumuʻu (English pronunciation: /ˈmuːmuː/) is a loose dress of Hawaiian origin[1] that hangs from the shoulder. Like the Aloha shirt, muumuu exports are often brilliantly colored with floral patterns of generic Polynesian motifs. Muumuu for local Hawaiian residents are more subdued in tone. Muumuu are not as widely worn at work as the aloha shirt, but may be worn as a uniform by women working in the hotel industry. Muumuu are also popular as maternity gowns and with obese people because they do not restrict the waist.” – Wikipedia(http://en.wikipedia.org/wiki/Muumuu)

.
View all posts by tasukihoneybunny →
This entry was posted in Guys/Men and tagged hawaii, males, men, muumuu, shirts. Bookmark the permalink.